In this Sunday’s “Travel” section of the New York Times, the writers detail what to do with 36 hours in Ireland’s capital city.

The author really looked for things to do in Dublin, although I wouldn’t make the same choices if you only have 36 hours to spend. Some of the itinerary deserves praise: devoting time to learning real history of the country in places like Kilmainham Gaol and Glasnevin Cemetery are great ways to spend part of your day. Both of those historical locations offer tours with knowledgeable guides who can answer questions. This summer, when I took my husband to Glasnevin, our guide, Bridget, answered my question, “Where is Kitty O’Shea buried?” Her answer was more than the location of Charles Stewart Parnell’s mistress, and later his wife and widow. While she is frequently referred to as Kitty in historical literature, the tour guide told me that the famous woman preferred to be called Katherine. A good piece of information indeed!

Inside St. Patrick’s Cathedral, Dublin. I took this photo about 10 years ago. It’s really beautiful, isn’t it?

If you enjoy literature and beautiful cathedrals, go to St. Patrick’s Cathedral, where Jonathan Swift was once the dean, and where he is buried with his beloved Stella. Also, remember to read “A Modest Proposal” and “Gulliver’s Travels.” And if you like theatre, the Abbey Theatre is the national theatre of Ireland, and they do wonderful productions. Get ticket in advance.

I would have made different food choices. If you follow me on Twitter, you probably know that I love the Rolling Donut stand on O’Connell Street (at the corner of Abbey Street), despite fancier donut options only a few streets away. Murphy’s Ice Cream is wonderful: brown bread ice cream with raspberry sorbet tastes like brown bread with jam and is divine and not too heavy. And, of course, there is a wonderful Italian restaurant in Dublin right off of Dawson Street called Carluccio’s – still the best focaccia bread I’ve ever had! (Around the corner is Ulysses Rare Books, a shop that specializes in first editions of Irish books. Bring a credit card if you want to buy anything…not cheap.) To be fair, I’m a vegetarian so a lot of traditional Irish pub fare isn’t my thing. You might take the recommendations of the New York Times if you want to eat fish and chips or any manner of dead animal.

Fashion. Here’s where I really disagree with the New York Times. If you want some hip fashion that you can’t get anywhere else, go to Om Diva, for the love of everything holy. This store has several floors of clothing by independent Irish designers. The offerings change constantly, but they do offer clothing by one of my favorite young designers, Orla Langan. And if you want more upscale clothing designed and made in Ireland, obviously you must go to the studio of Jennifer Rothwell. She’s my favorite designer, of any country, as I love her vibrant prints with colors that make you strut like a peacock (paycock?). 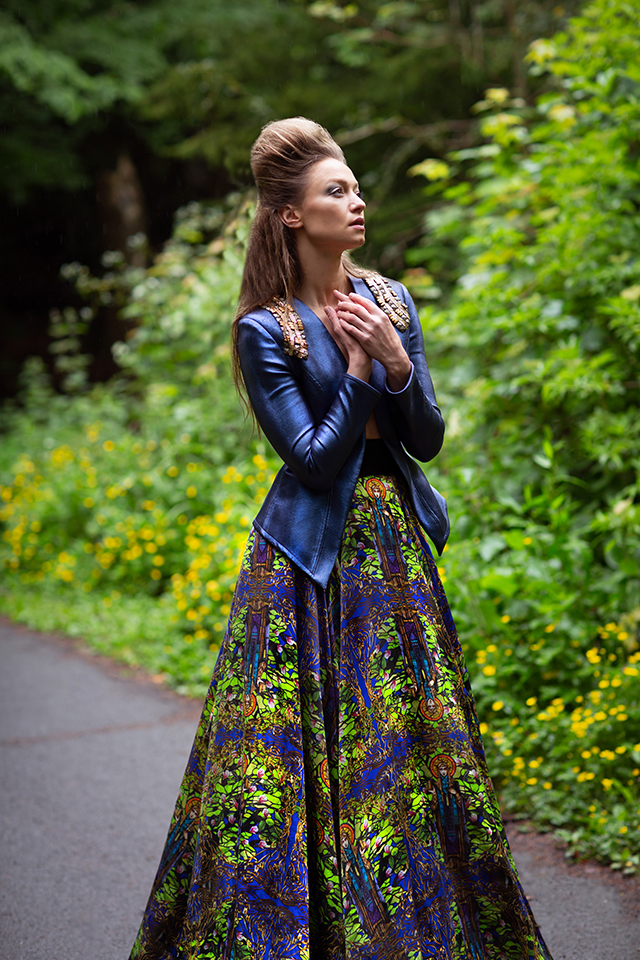 If you have time, stop in to see what’s on at the Irish Film Institute, which has a decent restaurant and bar. The IFI runs a lot of independent Irish films, as well as classics and indie films from all over the world. I fondly remember seeing “Sing Street” at the IFI when I was living in Dublin a few years ago.

Still, I’m grateful that the paper of record didn’t recommend the Guinness Store House (terrible waste of time and money) or the Jameson Distillery (likewise). I don’t drink much whiskey, or much alcohol in general, but Teeling’s Whiskey is a better stop than either of these. Though personally, if you want some really good Irish whiskey at a reasonable price, pop your head into the Irish Whiskey Shop on Dawson Street and pick up a bottle of Writer’s Tears. This smooth, tasty “strong water” is produced by Walsh Whiskey down in Carlow, so strictly speaking you can’t to go the distillery if you’re spending 36 house in Dublin, but you can definitely buy it. It’s better than Teeling’s.

I think it’s worth getting outside of Dublin if you visit Ireland, and seeing the beautiful country. Maybe take a walk in mountains at Glendalough (Wicklow Mountains National Park), or see some of the scenery in Gougane Barra, Co. Cork, including the tiny stone houses carved into the hills in which monks once lived. Hike the Ring of Kerry, go up to Dingle, and of course the Cliffs of Moher are stunning. And don’t neglect the North: few sites in your life will be more impressive than the Giant’s Causeway–and you can even stop at Bushmill’s Distillery on your way there (or your way back), which is the best whiskey tour in Ireland. And have a pint at Kelly’s Cellars in Belfast city centre, which does a great pint of Guinness and a fantastic pickled egg.