Published by Laura Weinstein on September 28, 2019

This weekend’s Irish Times has a couple of stories that address sexual assault in Ireland. The most important one, by Conor Lally, presents some statistics:

“The number of sexual crimes reported to gardaí are the highest on record, the latest Central Statistics Office (CSO) data shows….

However, security sources say it is impossible to determine whether more sex crimes are being committed or whether victims are more willing to come forward due to the impact of #MeToo and other campaigns.

Minister for Justice Charlie Flanagan said he noted the pronounced increase in sexual offences and said the Government was committed to prventing [sic] and addressing such crimes.

“I very much welcome that more victims are coming forward to Garda, and I urge victims to continue to do so.”

I have much to praise here, and much to be wary about. 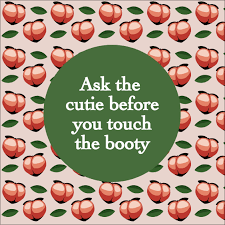 (1) They attempt to make survivors–and I wish Charlie Flanagan would have said “survivors” instead of “victims”–comfortable reporting sexual assault to the gardaí. We want survivors to report crimes, but it remains difficult to prosecute and convict rapists. The article does not report the ratio of reported assaults to arrests, prosecutions, and convictions. Ireland, like most countries, has a pathetic history of not punishing men (it’s almost always men) who commit sex crimes.

(2) While the article points out that the increase in reported sexual assaults might not indicate an increase in the actual numbers, it fails to acknowledge that the overwhelming majority of sexual assaults remain unreported. The SAVI Report demonstrated much higher levels of sex crimes than are disclosed. So, the article may serve to increase fear of rape, while not giving enough details about the crimes. I mention this because stories about increases in sexual assaults create a penumbra that haunts women as they walk through the world. This penumbra, the fear of rape that is stoked by these stories, acts as social control over women. If you are afraid to leave the house, or afraid to walk alone, or afraid to dress a certain way or go to a certain place, your life is limited by fear. The idea of rape controls the choices that many women make on a daily basis, and so short pieces like this one aren’t helpful.

In addition, to come back around to one of my least-favorite favorite topics, people like Gemma O’Doherty will deploy these statistics against immigrants and ethnic minorities and claim that the uptick in crime is linked with the increase in immigration. These are two trends that are completely unrelated, but many people cannot distinguish between correlation and causation. To put this in perspective, imagine that the number of reported rapes has increased in 2019, as has the number of cat adoptions from shelters. Do more pet cats create more rapists? Obviously an absurd notion, as is the notion that an increase in immigration causes an increase in sexual assault. But stay tuned for an update, because I fully expect Gemma and/or Justin Barrett to make such a claim.

Charlie Flanagan’s statement is at least a public acknowledgment of the sexual-assault epidemic. But we need to teach children–tweens and teens, not five-year-olds, to be clear–about consent, and the right of each partner for mutual enjoyment of sex. What does consent look like? What does enthusiastic consent look like? How can a person say no to sex? How can couples have sex safely? I think the new sex ed program will help, but it will take years to see if consent education leads to a reduction in rapes.

I hope that teaching people that women have a right to sexual pleasure, and that men do are not entitled to access to women’s bodies, society will move in a different direction.