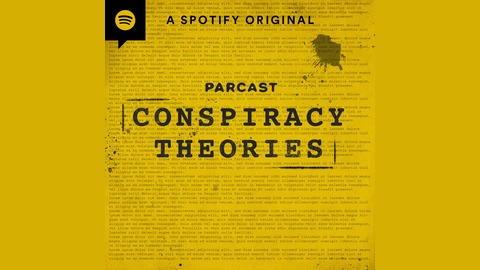 I was going to dedicate this post to discussing a recent livestream in which Gemma O’Doherty and Fr. Gerry Young discussed sex education and Islam. But, I’ll save that for another time; possibly for a piece for another website. [Admit it: you’re dying to know what an octogenarian priest thinks about sex ed.]

Here I want to deal with Gemma’s conspiracy-mongering in relation to the terrorist attacks of 9/11. The peddling of conspiracies about 9/11 has numerous detrimental impacts, none of which affect Gemma. Most tangibly, these theories are hurtful to the people who lost loved ones, and others–myself included–who were in lower Manhattan on 9/11 (though I was not, myself, in the Twin Towers). Indeed, she benefits from pushing these theories because they make her the hero in her own narrative. Here’s how:

Ever notice the political agenda of the people who spew conspiracy theories? It used to be wacky left-wingers who, back in the 1960s, were skeptical of authority and government in large part because the FBI really was monitoring the activities of groups like the Southern Christian Leadership Conference (Dr. King’s group); the Student Non-violent Coordinating Committee (SNCC, or “Snick”); the Black Panthers; and even Students for a Democratic Society (SDS). Abbie Hoffman famously warned hippies (or his “Yippies”) against trusting anyone over the age of 30. We all grow up, though, and so did the Yippies. Most of them are today regular middle-class liberals. They’ve grown out of their conspiracy-mongering.

Today, conspiracy theories are largely pushed by the AltShite/far right/racist right–because they have lost power recently and they’re trying to reclaim it, often successfully (see also: Trump, Orbán, Erdogan, Duterte). Chief among these nonsense ideas is that minority groups are going to “replace” white people in places including the United States and, in the case of the ideas pushed by Gemma O’Doherty, in Ireland. Such notions are not only preposterous, but come with racist overtones…and sometimes overt racism, as when the Fucktards who marched in Charlottesville declared “Jews will not replace us” or when O’Doherty opposes “multiculturalism” by posting videos of brown people doing bad things, while simultaneously claiming not to be racist. Sure.

AltShite politicians and activists have a lot to gain by selling nonsense to the public. The peddling of these conspiracy theories, and citing right-wing wackos as the “only people” with the “courage” to tell the “truth” about events, discredits the legitimate media; they thereby position themselves as the only “honest” people in a world full of sell-outs to the establishment (which, of course, they hate). Thus, conspiracy theories related to such a monstrous event that towers over the first decades of the 21st century, are nothing more than a political tool. The AltShite use these ideas to compel people to think they cannot trust legitimate sources. Vulnerable people will thereby turn to bullshit sources for their “truth,” and further endanger society by taking up the causes of other conspiracies. Here are a few resources for you to cite when you run into one of her devoted followers.

I’m focusing on Gemma O’Doherty’s peddling of 9/11 conspiracy theories here because it’s particularly insidious. This is an event about which nearly everyone above the age of, say, 15 is sure of the basic details: on 9/11/2001, terrorists, mostly from Saudi Arabia, hijacked airplanes and flew them into iconic American landmarks including the World Trade Center and the Pentagon. Thousands of people died, and first responders are still suffering from health effects of their work on that day.

These events are burned into our brains by history books and television. I personally have a viv memory of the cover of the Newark Star Ledger (which my parents subscribe to, for some reason) on 9/12/2001. It’s the only time that I can remember a single story taking up the entire front page of the paper: TERROR BEYOND BELIEF.

By taking small clips of film and separating individual pieces of evidence from the whole, the AltShite has been able to shape a narrative about 9/11 that vulnerable people can lap up. This is a common tool of people who like to fancy themselves historical “revisionists,” like the so-called Center for Historical Review, which is actually a bullshit antisemitic organization that traffics in Holocaust denial.

If you look at the evidence cited by James Corbett, who seems to be Gemma O’Doherty’s primary source (I use the term loosely), you’ll see these tactics in full bloom. He first aims to discredit Henry Kissinger, who led the 9/11 Commission. I’m no fan of Kissinger, who I believe has committed war crimes in the past, but he’s not a stupid man. They throw shade on why it took George W. Bush over 400 days to appoint a commission in the first place–a detail that has literally nothing to do with the Commission’s findings, but the AltShite wants you to think there was some sort of dubious reason for waiting “so long.”

Corbett also throw shade on the weapons used by the hijackers and the allegedly frail man (bin Laden) who directed the attacks. I’m not sure what bin Laden’s physical health has to do with anything, but there you are. Corbett says that the pilots of these commercial aircraft had military training (for what? to fight off the hijackers? bullshit). He also suggests that the US military should have shot down the planes after finding out that they had been hijacked. Oooh, why didn’t the military shoot down 4 American passenger planes? SUCH A FUCKING SCANDAL. He questions the ability of the hijackers to fly the planes as effectively as they did. What is he getting at with this line of thinking? That the hijackers weren’t who we think they were? If they weren’t, who were they instead? Stupid.

Further, according to Corbett, how did people know who the guilty parties were in such a short span of time? The implication of this question is that either (1) the Bush administration was in on the attacks, or (2) that the government knew about it in advance through intelligence gathering and purposely failed to thwart the attacks. While I think we can admit that there was a failure of the intelligence system here, this conspiracy is absurd. Perhaps, the government just knew that bin Laden had been literally targeting the United States for years.

I could go on, but you get the point. By manipulating information, right-wing conspiracy theorists have used a tragic event to build their own following from under-informed people, for their own ends. Suddenly, you start to doubt the events of 9/11, and if those facts could actually be false, how else might the “establishment” and mainstream media be swindling you? Gemma O’Doherty ran for president of Ireland, and garnered a pitiful number of votes (10,622 according to her own Twitter page). But, her outrageous deployment of conspiracies and Islamophobia has certainly won her more followers who, like Trump’s supporters, believe that she is merely willing to give voice to ideas that other Irish people are too cowardly to say out loud. As I write this, she has about 32,200 followers on Twitter, and based on the responses to her tweets, most of those people think she speaks truth.

Gemma is certainly not the only right-wing politician to deputize conspiracy theories in order to gain a following and push an agenda that opposes the “evils” of abortion; LGBTQ+ rights; immigration; “ideology” of Islam; public-health measures; and secular culture (among other things). Indeed, right-wing activists and politicians around the world rely on this tactic–designed to discredit the media and force people to question the existence of objective truth–in order to gain power.

Don’t let them succeed. Oppose the rise of Anti-Corruption Ireland and the Irish National Party.

Well said, Laura. You are a very necessary truth-teller for our perverse times.

Thanks for your kind words, Barry.

On Saturday, February 8th, the people of the Republic of Ireland went to the polls to decide which party or parties will guide the country’s future for the next chunk of time—up to 5 years. Read more…

From my other blog, where I write about stuff not related to Ireland: Private Schools are F*cked