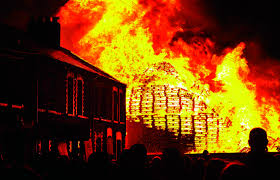 As July 12th approaches, Northern Ireland is going through its annual tradition of arguing about sectarianism. Sometimes, people have fought over the question, “Should the Orangemen be allowed to march through Catholic neighborhoods?” An important question to be sure, but this problem has been mostly resolved. Questions of sectarianism have evolved into more subtle manifestations of cross-community sniping. People on both sides of the divide like to claim that their commemorations are cultural, while celebrations by the opposing side are, in contrast, sectarian displays. Can a celebration of the Battle of the Boyne occur in any fashion without being anti-Catholic? As per an argument I saw on Twitter yesterday, can Irish people sing songs that celebrate that Irish Revolution without being anti-Protestant? I believe that the answer to both of these questions, as well as the larger issue is “yes,” but perhaps not in their current manifestations.

An interesting piece appeared in the July 5th edition of the Irish Times titled, “Marching in Donegal: ‘We can be Irish and we can be Orange.'” Unbeknownst to most people, there are a few Orange lodges in the part of Ulster that is within the Republic of Ireland. The lodge at Newtowncunningham, Co. Donegal commemorates the ending of the Siege of Derry and also the 1913 Ulster Volunteers who engaged in military-style training in order to combat Home Rule for Ireland. An Orange Lodge in Éire is indeed an oddity, and in the eyes of many Irish people, a deeply offensive site–so much so that this one was the victim of an arson attack in 2014.

The main figure in the article identifies himself as Irish but also as an “Ulsterman,” and identifies with Northern Ireland as his natural home–yet he does live in the Republic. His self-perception would suggest that his version of commemorating 1690 is not sectarian–and is certainly not anti-Irish. He is pro-Protestant-Irish identity, but not anti-Catholic-Irish identity. His celebration of the Battle of the Boyne shouldn’t be viewed as secular blasphemy.

The question of whether you can be “Irish” and “Orange” ultimately depends on what you believe “Orange” represents.

Some brief historical background: “Orange” derives from William of Orange, the Dutch prince who was married to his first cousin, Mary, the Protestant daughter of King James II. When James II took the throne, he had no male children, and so in general the people of England (not Britain until 1707) worried little, because they didn’t fear a Catholic successor upon the death of James. But to everyone’s surprise, James’s wife gave birth to a son, the future James III, who was to be raised Catholic. Now that was terrifying to the Protestant people of the realm. So, in essence, Parliament invited William and Mary to come over and take the throne from James, which they did in an event known to history as the Glorious Revolution. Supporters of William III and Mary II in Ireland, who celebrated the victory of Protestantism at the Battle of the Boyne in 1690, formed the “Orange Order.”

So, Orange-ism can be seen as a celebration of Protestantism and the Plantation of Ulster, in which Irish Catholics were forced off their land in favor of Protestants from England and Scotland, and can thus also be viewed as anti-Catholic or sectarian. From that perspective, it’s difficult to see someone being both Irish and Orange, because July 12th is then a commemoration of forced removal of Irish people from their land.

On the other hand, many historians and Orangemen see the Glorious Revolution and William’s victory at the Boyne River as not only the triumph of Protestantism, but the triumph of democracy over absolutism. This interpretation also has merit. Because Parliament invited William and Mary to take the throne, the legislature acquired symbolic authority over the monarchy; this power was then codified when the king and queen acceded to the Declaration of Right, which limited the power of the monarchy and asserted certain rights for citizens.

The Republic of Ireland in 2019 is a liberal democracy that has no monarch at all, and would certainly endorse the rights of citizens laid out in the Declaration of Right. But, the Glorious Revolution also represents for much of Ireland a period of disenfranchisement, penal laws, and, ultimately, the Great Famine in which wealthy landed Protestants made out okay while Irish Catholics perished by the millions.

How can Orangemen celebrate their culture without simultaneously denigrating Irish culture? The current methods of celebrating, notably the bonfires, are inextricably linked with anti-Catholic hatred in the eyes of many Irish people. Historically, these celebrations have indeed been Protestant triumphalist displays, and so we can understand why many Irish people feel this way. Instead of taking direct shots at the celebrations, though, Sinn Féin has taken to attacking the impact of the bonfires on the environment. True, large fires do pump out a lot of avoidable pollution into the air, but it seems extremely disingenuous of Sinn Féin to use this particular occasion to make this point. Why not scrap the bonfires in exchange for a celebration that has no historical ties to sectarian hatred? Bonfires may be traditional, but they’re not inextricable from the celebration of the Battle of the Boyne. My recommendation: Take the time to read aloud from the Petition of Right, and celebrate the universal good that came with the Glorious Revolution: limited monarchy and rights for individual citizens.