Should the Irish diaspora vote for President of Éire? 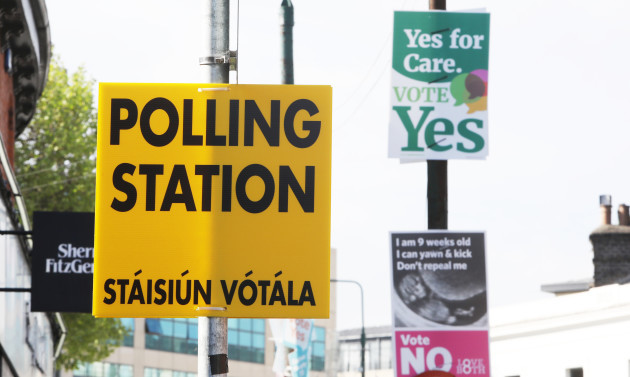 The Republic of Ireland is finally going to hold a referendum on the right of members of the Irish diaspora to vote in presidential elections in Éire. Enda Kenny vetted the idea when he was still taoiseach, and it seems that the Oireachtas, now led by Leo Varadkar, is going to let this referendum go forward. According to RTÉ, the government is currently drafting the referendum, which will be put to the Irish people in October 2019. If it passes, people around the world who claim Irish citizenship will have the right to vote in presidential elections beginning in 2025.

I have a lot of questions in advance of the draft legislation:

I have to say, I’m perplexed as to why Fine Gael would put forward this proposal. Fine Gael will most certainly NOT be the beneficiary of this legislation. Indeed, I think that in general much of the Irish diaspora couldn’t tell you what Fine Gael stands for as a political party, or Fianna Fáil for that matter–all joking aside about the majority of Ireland not knowing what these parties stand for, either.

When the Irish diaspora encounters Irish politics, these encounters typically take the form of Irish nationalism as represented by Sinn Féin and, in the past, of the Provos (IRA). Sinn Féin has a fundraising arm in the United States (Friends of Sinn Féin), and benefits grandly from telling stories of British oppression of the Irish, from depicting the Great Famine as a genocide, and reminding Irish Americans that they have a duty to “their” homeland to support Irish unity. I see this manifestation of “Irishness” on certain websites and diaspora message boards, notably IrishCentral.com, founded by famous American-Irish supporter of Sinn Féin, Niall O’Dowd (who was a key player in getting Gerry Adams a visa back in 1994).

So, of course, Sinn Féin is the political party that stands to benefit most from allowing the Irish diaspora to vote in presidential elections. The president of Ireland, currently Michael O’Higgins, is largely a ceremonial position, but has been held in recent years by some quite illustrious figures, notably Mary Robinson, who went on to become the UN High Commissioner for Human Rights. Despite the president’s notable lack of actual political power, the president is a visible figure with moral authority. And, Sinn Féin would certainly love to see Gerry Adams elected president of Ireland. Allowing the diaspora to vote would most certainly help to bring this about–as much as most of the Republic of Ireland itself would find “President Gerry Adams” to be quite distasteful. There is a sense among many Irish citizens that Sinn Féin can’t be trusted; that, yes, the party does advance some socially liberal positions such as LGBTQ+ rights and abortion rights, but that the party does so for spurious reasons. [Incidentally, in a nod to Professor Richard English–he suggested to me almost 15 years ago in a private conversation that he thought that Gerry Adams would be president of Ireland someday. I’m not sure this is what he had in mind, but interesting that he predicted it.]

I would therefore propose that there be limits on precisely which Irish citizens are allowed to vote in presidential elections. Surely, Irish citizens living in Northern Ireland should be allowed to vote, as they have a personal stake in the fate of the island. But what of the children or grandchildren of Irish citizens who listen to “Danny Boy” and “The Fields of Athenry” but have never so much as been to Ireland? These are people with no real connection to the fate of the island.

Many countries including the United Kingdom have limits on the rights of ex-patriots to vote in elections. In the UK, an ex-pat can vote for up to 15 years after leaving, so long as that person was registered to vote when s/he lived in the UK. Such limits seem to me to be quite reasonable, as per the “connection to the fate of the country” idea that I discussed above. I hope that Éire will include such limitations, so as not to permit everyone claiming Irish citizenship to participate in a presidential election and sway the outcome in favor of a result that the vast majority of people actually living on the island would strongly dislike.