Sinn Féin has been pushing for an Irish language act in Northern Ireland, to give legal parity to the island’s native tongue. There is a small protest at Stormont this morning: 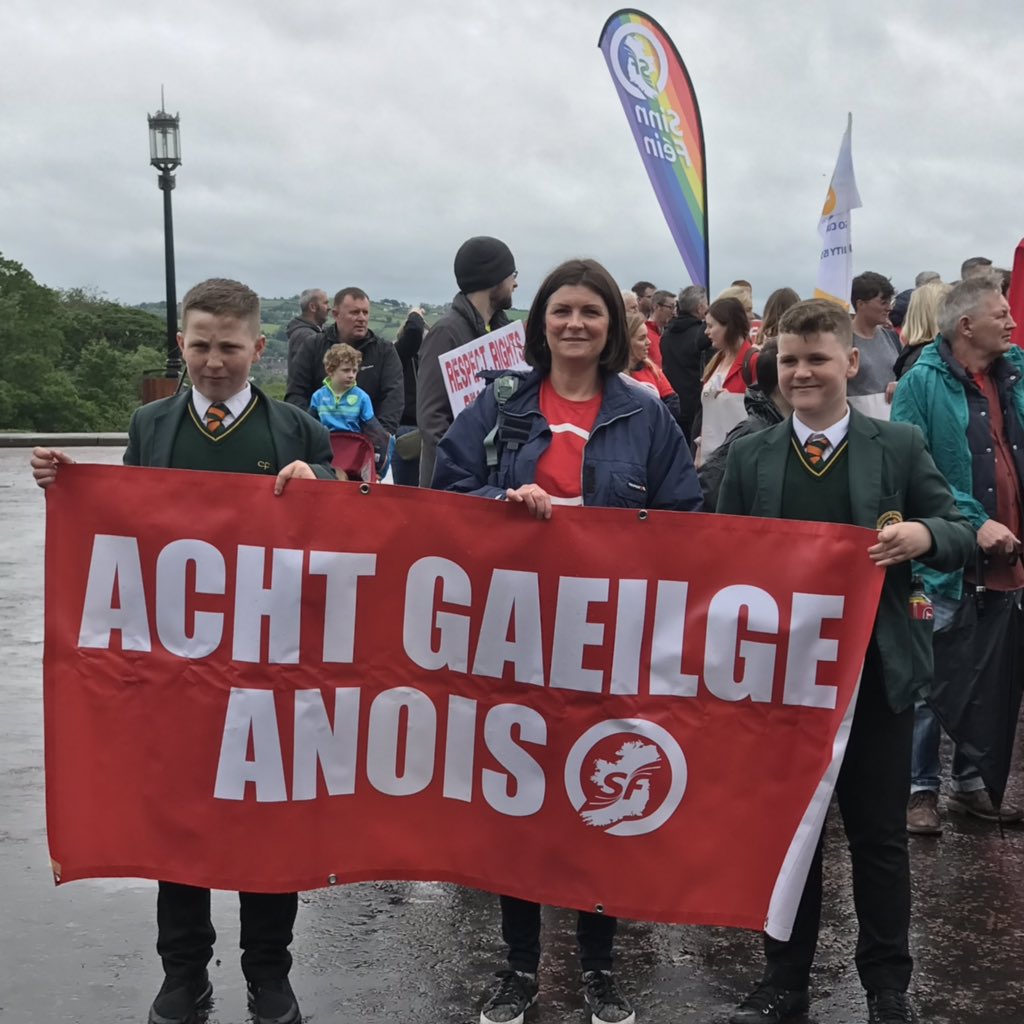 But given SF’s recent losses, one might infer that the party’s intransigence in regards to restoring powersharing because of the Irish-language act (or lack thereof) is being perceived as a political ploy to avoid restoring the Assembly. Without the Assembly, the state of Northern Ireland will continue to deteriorate, and they will then be able to use that to push for Irish unity–I believe this is also why they are so tied to marriage equality and abortion rights. All of these reforms-language, same-sex marriage, and choice-would be great, but people do care about motivations, and Sinn Féin isn’t being transparent.